The Life Financial Group, Inc. was founded by Roy L. Russell in 1978. At the age of 21 and after only a few weeks of marriage, Roy and his wife Lana discovered that their first of four children was on her way. Roy went to work selling life insurance from the basement of his humble home in Pottstown, PA. Though he had sales, it was quite a struggle at first, and took nine months of work before he had generated enough income to cover a single mortgage payment. He worked with several companies during this period, and began to really hone his sales skills. However, as he got to know these companies, he was shocked to find that, while the promises of coverage were wonderful, the companies would sometimes look for any excuse not to pay a claim. Thus, Roy was no longer able to sell these products in good conscience. He learned that a person can be sincere but still sincerely wrong. This created a lingering distrust for insurance companies that only grew as time went on. 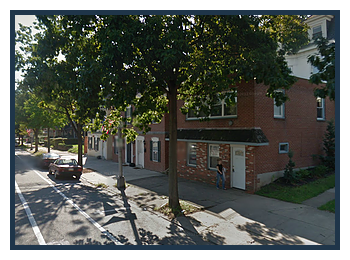 Three major events occurred in 1983 that shaped the future of The LIFE Financial Group. First, Roy moved his office out of his home and into a professional office on High Street in Pottstown, PA. He purchased the building, which contained several apartments and used part of the first floor as his office. This increased his visibility to the community as well as his ability to service his clients. As the business grew, Roy was faced with the ethical dilemma of selling what was best for his clients (term insurance) or what would provide the most income for his growing family (whole life or cash-value-based insurance). With much prayer and reading of the Bible, he embarked on a quest to understand God’s will regarding the use of money. This led to the second change – the application of Biblical principles in everything we do at The Life Financial Group, Inc. Roy’s study of God’s Word shaped his view of money (see our Biblical Philosophy of Money).  This led to the third major change – namely, refocusing his company’s efforts from selling what the companies wanted him to sell to providing what was most beneficial for the client. While Roy understood insurance to be a necessity in the modern economy, cash value based insurance was a luxury. The more important matter for his clients was building savings for the purposes of protecting and providing for their families. Insurance was now viewed as a way to buy time until a client’s savings were sufficient to provide for the family. Roy made the sacrifice and transitioned to selling term insurance instead of whole life insurance because he now saw this as the right thing to do.

As an insurance agent, Roy began to understand the importance of saving and investing but did not have the capability of offering that type of service to his clients. The more he learned about investing, the more he wanted to get involved with it. In 1985, Roy was presented with an excellent opportunity — a chance to become licensed to sell securities. With this license, he could make a more significant difference in the lives of his clients. After earning his securities licenses, Roy’s primary focus became servicing his clients’ investment needs. One of the most significant achievements of Roy’s career occurred in 1993 when he completed the CERTIFIED FINANCIAL PLANNER™ exam. It took roughly 900 hours of studying in order to pass this grueling exam to earn his CFP® certification. The education that he received provided him with more detailed knowledge of the full range of investment products, income tax issues, insurance planning, and estate planning. Roy was now able to be the full-service planner that he knew his clients needed him to be. He has passed along this passion for excellence in financial planning to the entire staff at The LIFE Financial Group.

Certified Financial Planner Board of Standards Inc. owns the certification marks CFP®, CERTIFIED FINANCIAL PLANNER™ and federally registered CFP (with flame design) in the U.S., which it awards to individuals who successfully complete CFP Board’s initial and ongoing certification requirements.

1993 to the Present: Growing to Serve

The rest of the story about The LIFE Financial Group is one of growth as God has blessed us. 1996 was an important year for The LIFE Financial Group. Not only did we move to our current location in Douglassville, but our tax preparation business was launched in 1996 as well. Since that time thousands of dollars have been donated to various ministries from the proceeds of our tax business.

We continue to add staff with the goal of increasing our capacity to serve and minister to our clients. Not only has The LIFE Financial Group grown to include multiple financial advisors and support staff personnel, so has our commitment to ministry. In addition to donating the proceeds of our tax business to a number of ministries, we also have a ministry of our own.

Founded in 1986, Life Institute has presented the Stewardship Lifestyle Seminar in hundreds of churches throughout the United States and internationally. Contact us to learn more about the benefits of our seminar and find out about how you can host this life-changing event at your church.

Download our free devotional eBook: A 20 Day Study in Stewardship

“This guide provides twenty daily readings, each exploring God’s call to Christians to become stewards of His bountiful provision. They are intended to encourage us, to rebuke us sometimes, and to instruct us.”